Targeting both barrel fermentation and ageing®

Winemaking is a hotbed of creativity aimed at improving quality but this particular technique adds roundness and oakiness to the wines.

When you admire the impeccable rows of barrels lining beautiful wine cellars, you are merely witnessing the final phase of winemaking. Before then, in facilities that are often a lot less picturesque, the grapes are destemmed, sorted then crushed so that the fruit bursts open. Similarly, fermentation – when sugar is turned into alcohol by yeast – usually occurs in tanks. Although the process is entirely natural, it requires attention. Colour and tannins must be extracted from the grape skins, which float on the surface. The temperature must not be allowed to rise too high, but the process is exothermic, naturally releasing energy. Carbon dioxide is produced in large quantities and must be removed, without letting air oxidise the wine. And cleanliness is essential to prevent any form of contamination. All of these prerequisites have long prompted wine growers to ferment their wines in large tanks, improving control. Only once the wine is made is it transferred to barrels for ageing or maturation.

How about barrel fermentation?

This ancient method of winemaking was extremely time-consuming and very risky. The barrels had to be periodically stirred so that the dead yeast cells could be put back into suspension. The bottom of the barrels also had to be momentarily removed to get rid of the grape skins, something which barrels are not really designed for, thus running the risk of contaminating the wines and oxidising them through air contact. The technique was therefore only used by estates where labour was plentiful. When it was successful, however, it added fat to the wines and, inevitably, more intense oakiness because of early contact with the oak and also greater exposure – even if large oak tanks are used, they contain several cubic metres of wine, compared to just 200-400 litres for a barrel.

Baron cooperage firm to the rescue

Bordeaux firm Tonnellerie Baron, established in 1875, has risen to the challenge. Run by an engineer, the cooperage is extremely proactive and creative and has already established a name for itself by inventing a barrel stacking system called Oxoline® which facilitates the free rotation of barrels. But in 2002, the firm developed an entire series of technological inventions that made barrel fermentation much easier, ranging from barrels with a door to special bungs. The entire concept was labelled ‘Fermentation Intégrale®’. Although now a household name in French, like Fridgidaire for fridges, it is patented, underscoring how successful the company has been.

Prominent estates like Smith Haut Lafitte in Pessac-Léognan and Opus One in the Napa Valley, as well as lesser known wineries such as Domaine de la Paleine in Puy-Notre-Dame (in the photo), use the process, sometimes for specific labels, for blending with wines made in the classic way, or for their entire production.

We still lack some of the hindsight needed to gauge the results after extensive 15-20-year ageing periods, but so far, they seem very promising. 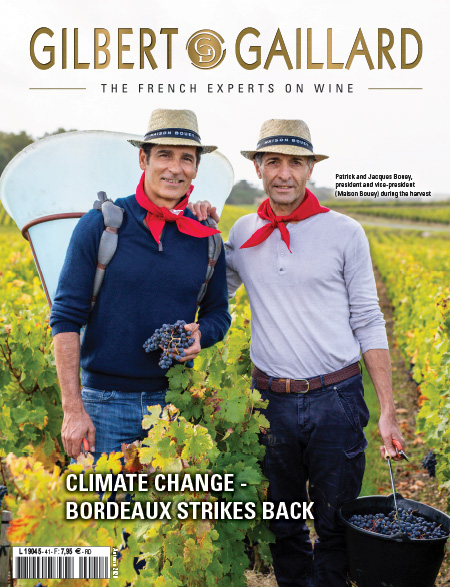